[April 2018: Top Creative] Play a Game and Win a Meal Voucher. Sounds Like a Good Deal? 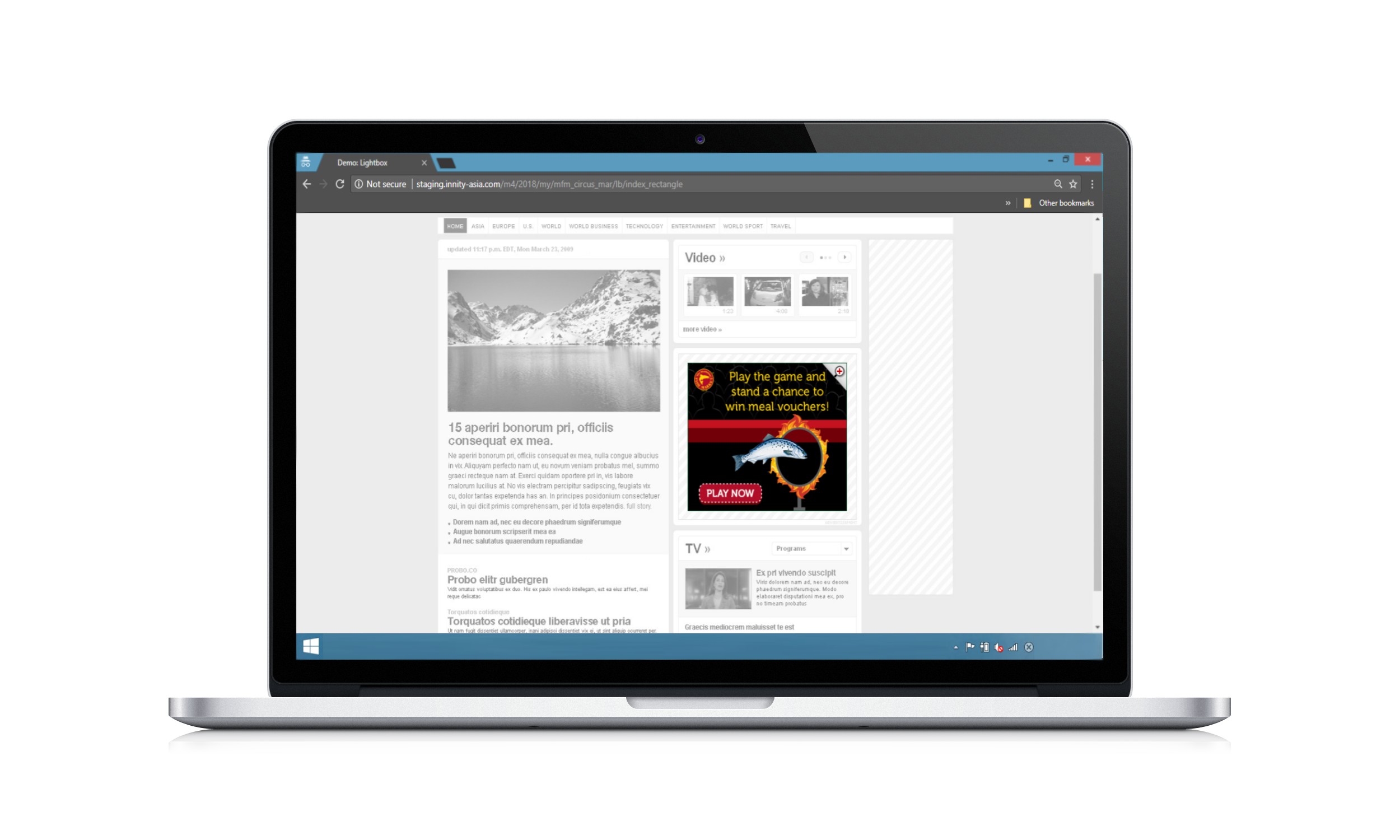 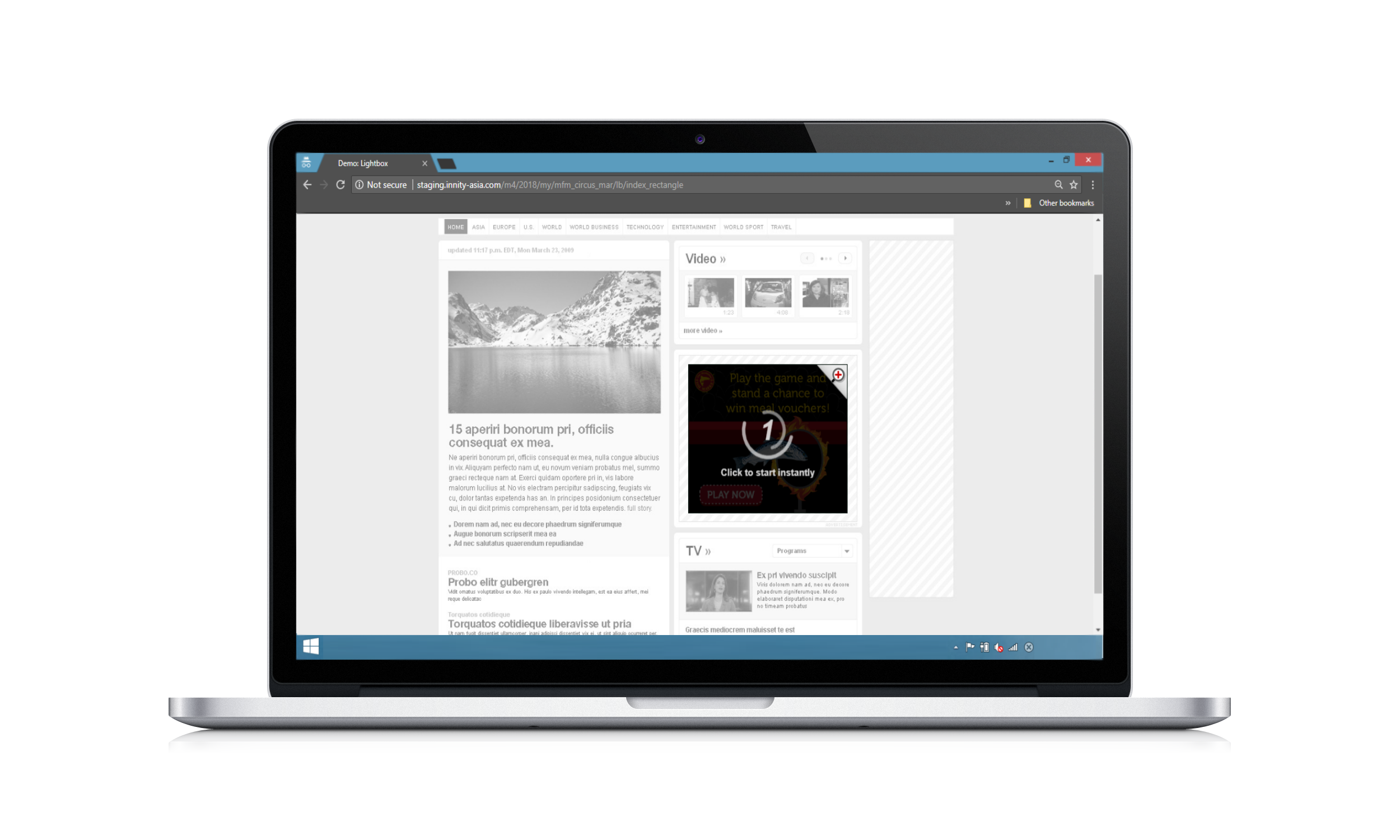 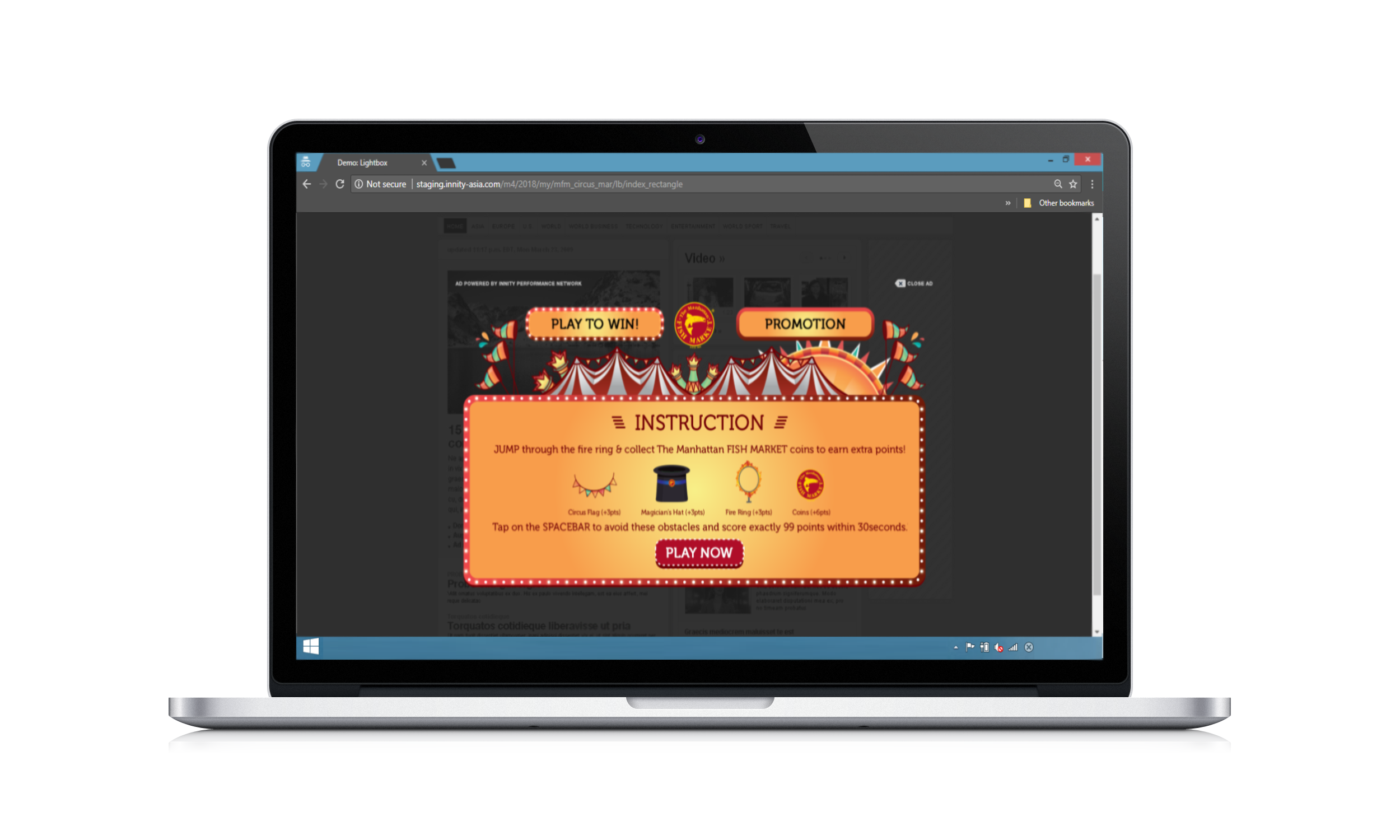 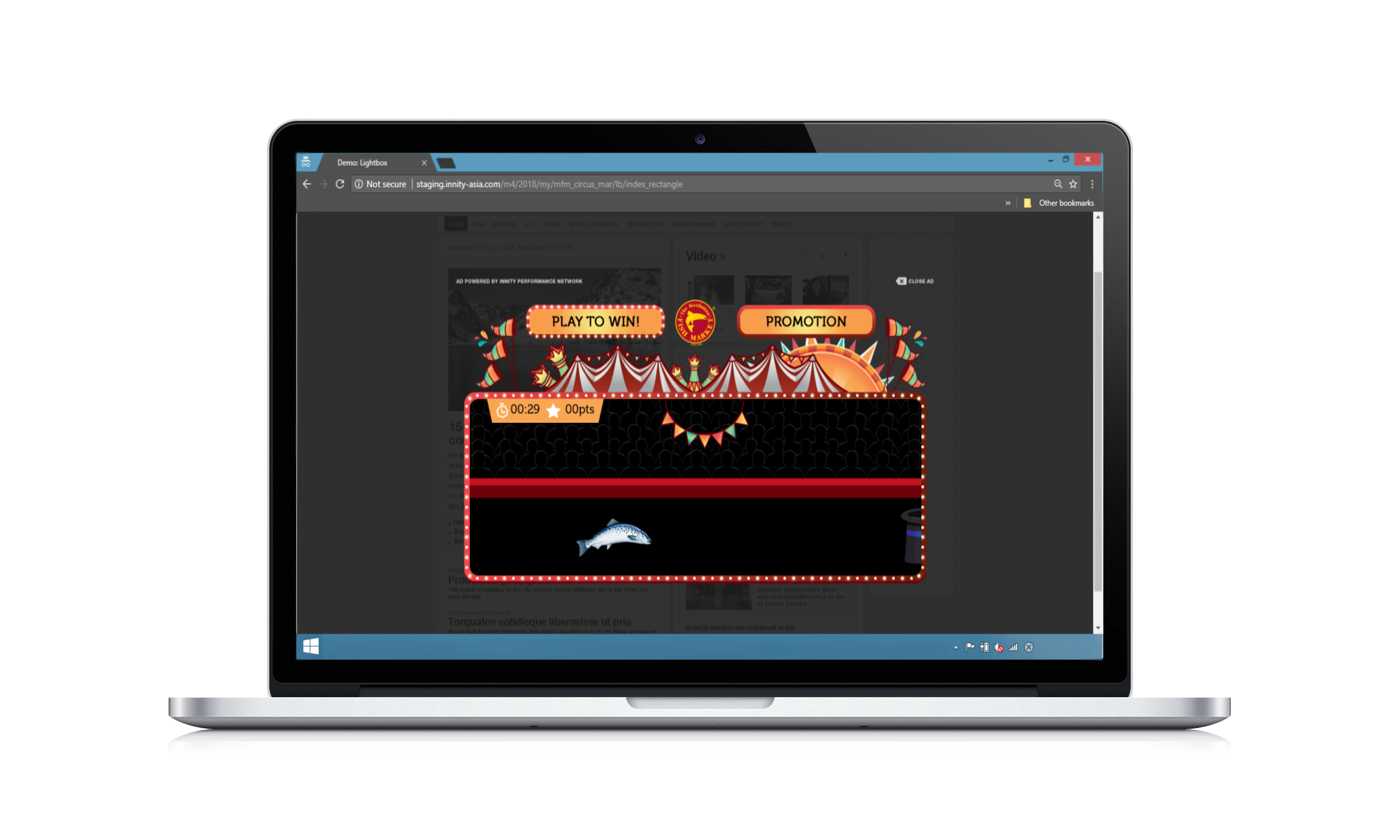 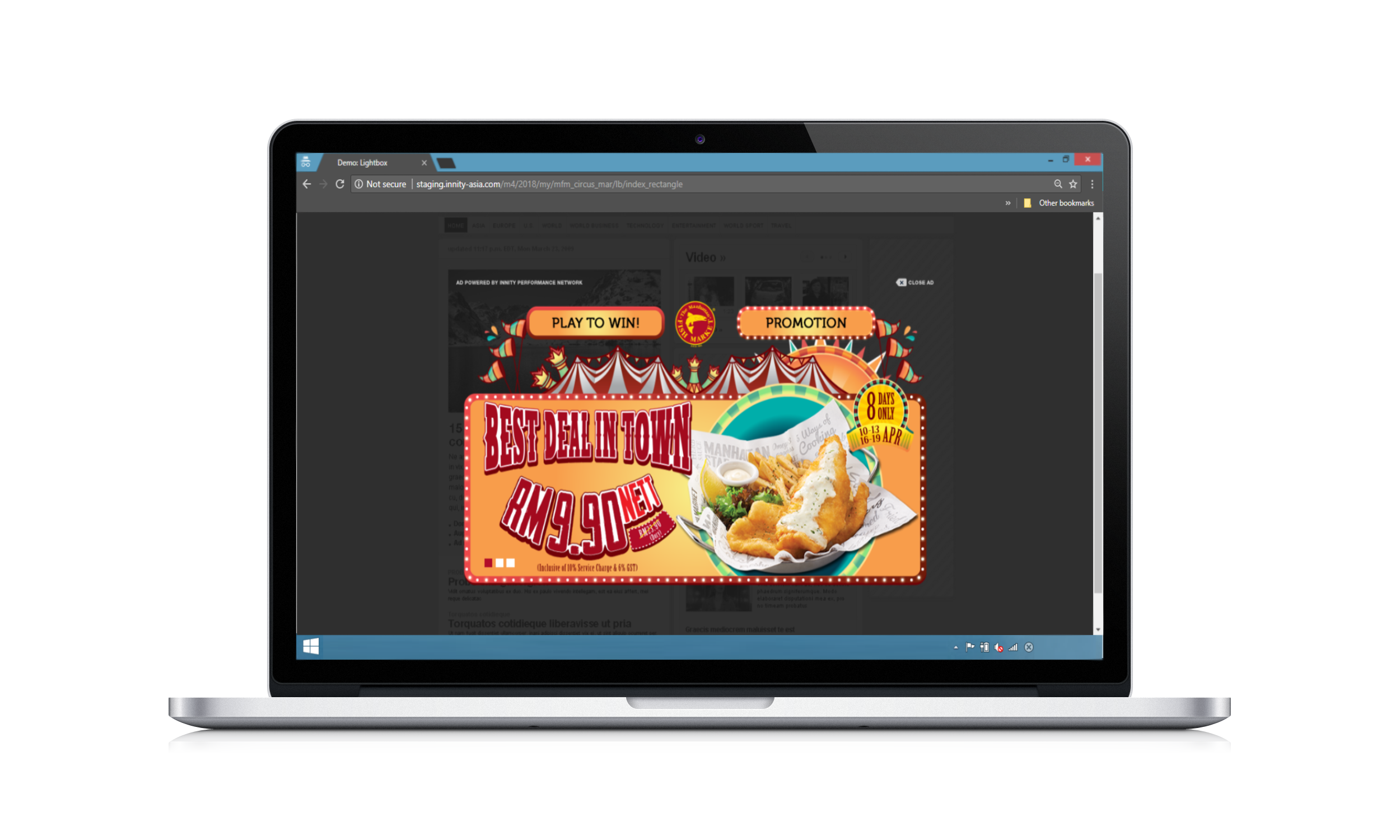 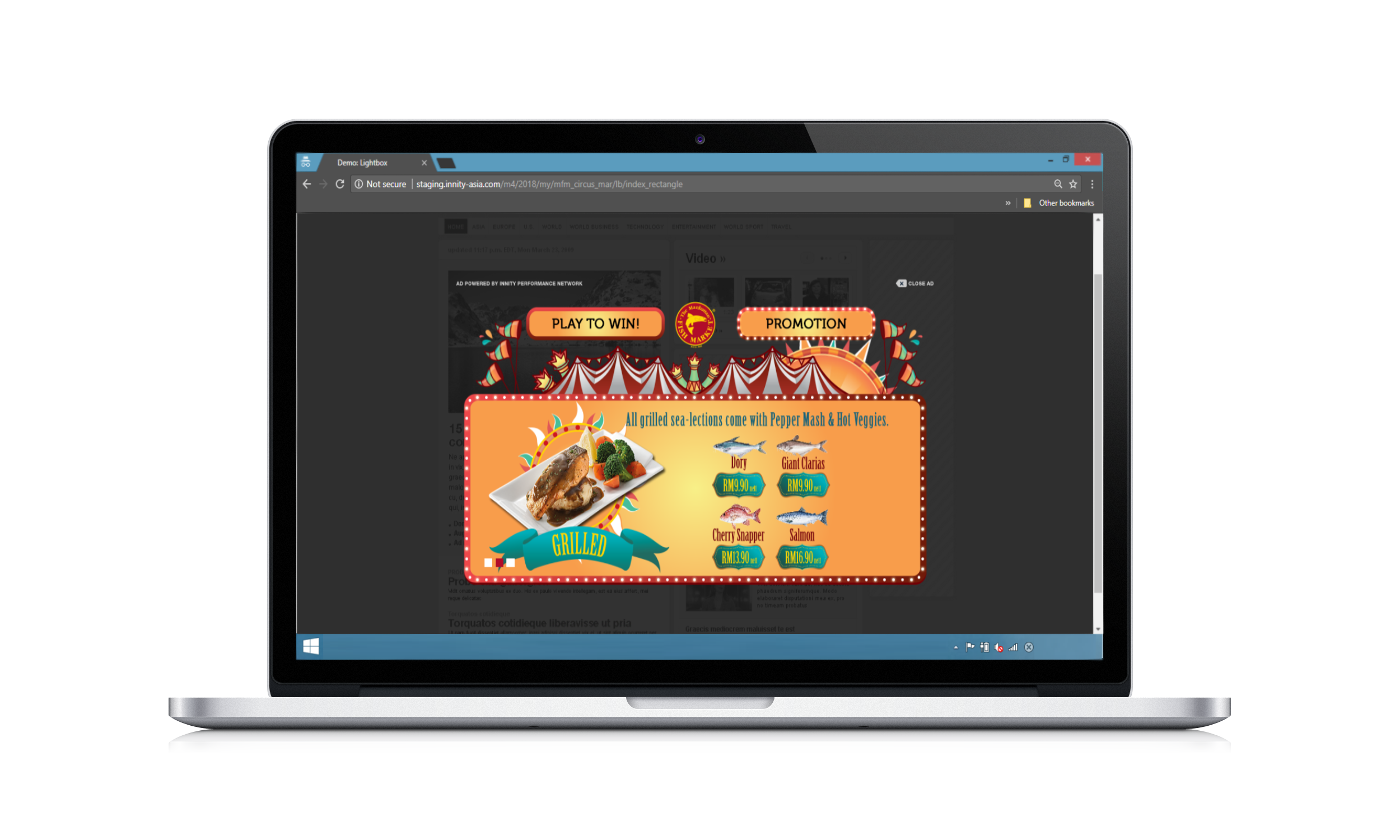 In April, Manhattan Fish Market launched a campaign to promote its promotion of the month – The Best Deal in Town Circus.

The campaign has utilised one of the most popular product of Innity since year 2009, the Lightbox ad format, to raise awareness for the promotion campaign. With the advantage of its Rich Media integration feature, the Lightbox ad unit allows advertisers to effectively reach and engage with their audience through related creatives such as games, photos, social sharing plug-ins, videos, and many more.

The ad first appears as a rectangle banner ad on a site and once users’ mouse over the ad, a countdown will be triggered to capture the users’ attention while encouraging them to view the promotion content before the Lightbox pops up. The ad unit then appears at the center of the page with a game to attract audiences. On top of that, users could also click on the promotion tab to find out the promotion deals.

You must be wondering about the payment model of this ad unit and whether if it is cost-efficient, right?

Check out our previous write up on the Lightbox ad unit to enlighten yourself and understand more about the ad unit!