Innity’s Campaigns of the Month!
Posted on April 4, 2014 in Agencies & Brands, Products, Publishers

Have you seen our Campaigns of the Month? Keeping it short and simple, this month’s campaigns include several Lightbox campaigns from BSN, Smart Telecommunications, Liang Court, and a pre-roll from Lays.

Check out the demos in the link down below! 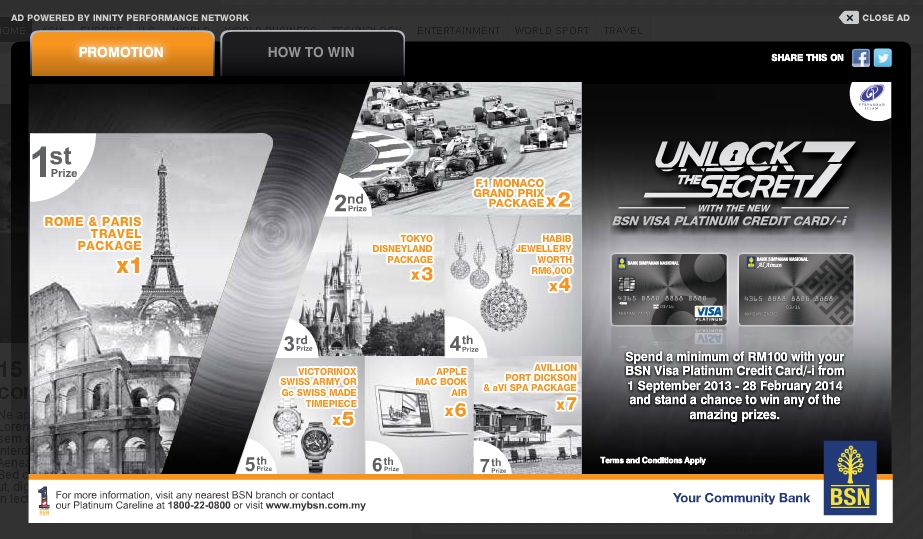 Our collaboration with Malaysia’s Bank Simpanan Nasional to promote the new BSN Visa Platinum Master Credit Card resulted in something pretty awesome. The campaign designed to highlight the ongoing credit card promotion was shared on Innity’s Network, and over a million impressions were served. Over 25,000 people engaged with the Lightbox, resulting in a Engagement Rate and Click-Through Rate that well exceeded the respective industry standards of 2% and 0.2%. This campaign also ran on the pages of several local publishers, Sinchew, Harian Metro and The Star. 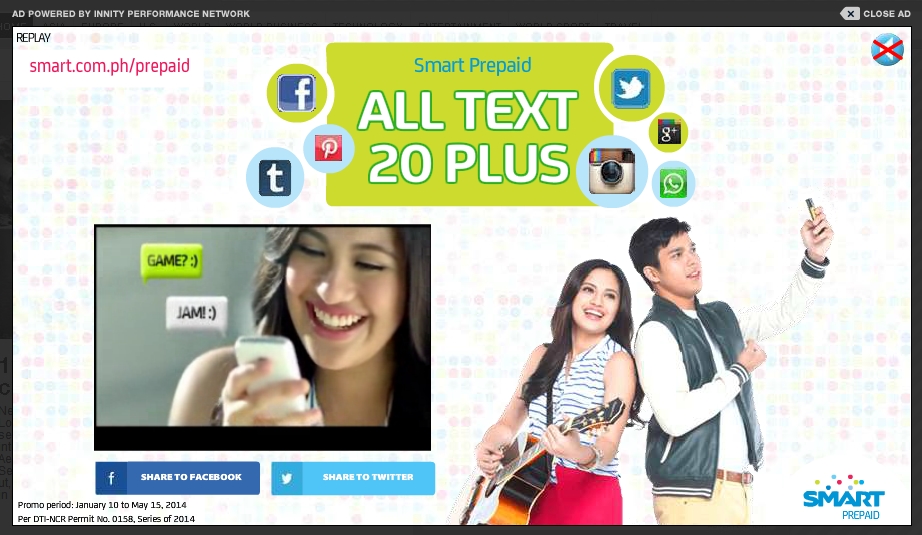 We worked with Smart Telecomunications to promote their plans in Philippines with Innity’s propriety Lightbox. The production of the campaign was simple and to the point, incorporating a TVC preview and social sharing options to communicate a centralized message. By the end of the campaign, over 15,000 people engaged with the ad, and it raked an Engagement Rate and Click-Through Rate of that surpassed the industry standards of 2% and 0.2% respectively. 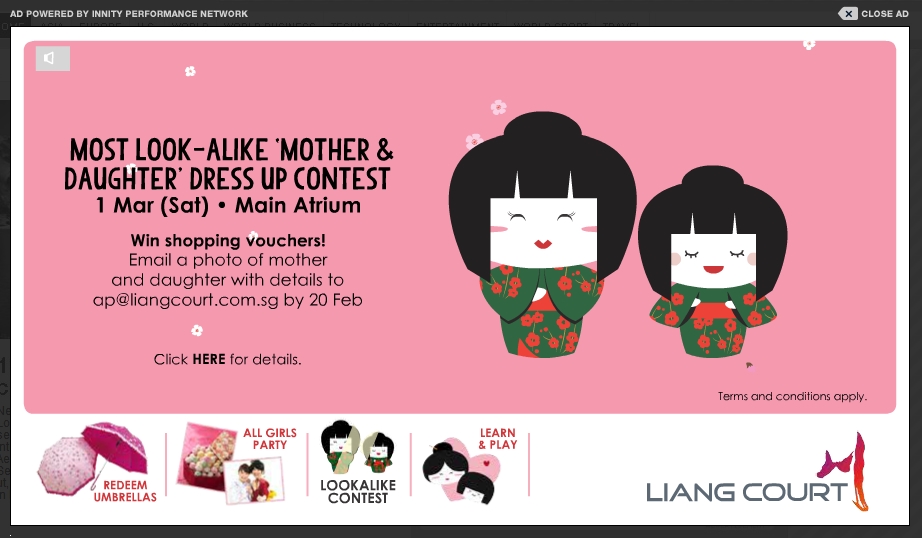 To promote Liang’s Court recent promotion, this Lightbox campaign served to raise awareness about the ongoing events surrounding the promotion. To narrow down the audience pool, we targeted only local IPs, and utilized tabs during the production to categorize the various ongoing activities throughout the duration of the event. By the end of the campaign, over 600,000 impressions were served and garnered a CTR that is well over the industry standards of 0.2%, and had viewers engaging with the ad for an average of 17 seconds. 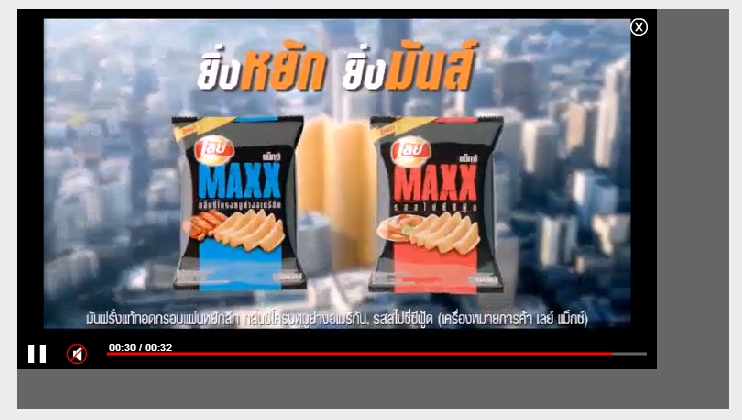 We worked with Lays to raise awareness towards their brand in Thailand. The result of this collaboration was an EnRoll Pre-Roll campaign with over 550,000 views served on Innity’s Video Network, and achieving a CTR over the industry benchmark and a video completion rate of 70% the end of the campaign.