More on the Social Hub? We’re hearing ya!

In one of our recent campaigns for Innity’s Social Hub, we worked together with Castrol to drive some social hype to their conversation about World Cup football fanboyism on facebook, check out that campaign and more from our campaigns of the month down below! 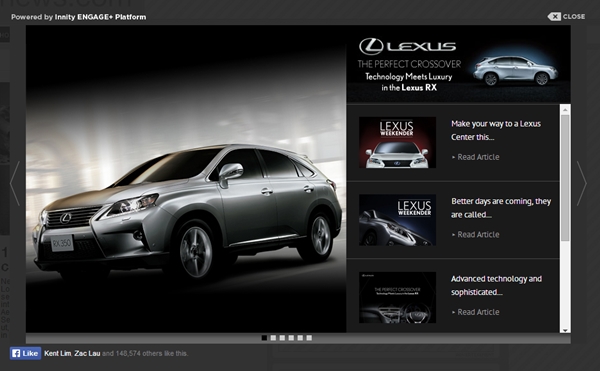 The first campaign to run on Innity’s Social Lightbox after its’ recent facelift, this campaign from Lexus will make you gasp in awe as you browse through the tabs highlighting the fabulous design of the Lexus RX Sustenance. Viewers can share the posts on facebook or join in the conversation with a simple click. Served over 2 million impressions, the ad achieved a CTR & ER over the industry benchmark. 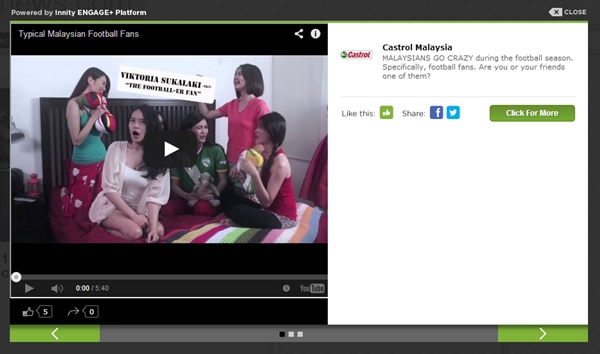 Powered by Innity’s Engage+ Platform, Castrol’s Social Lightbox aggregated the brands most engaging content on social sites to major websites. Football fans wanting to join in the conversation with Castrol can do it with just one click of the button. Served up to almost 2 million impressions, the ad raked a CTR over the industry benchmark of 0.2%. 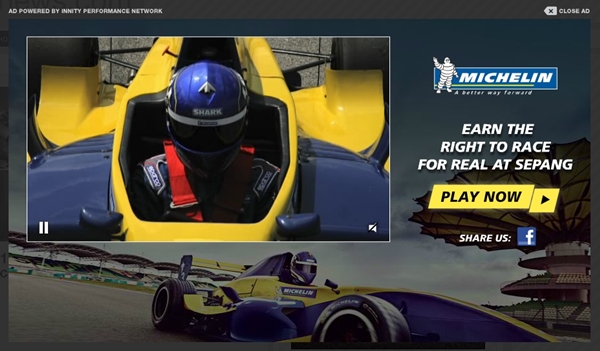 Targeting the folks with the love for speed, Michelin’s Lightbox served as an invitation for speed enthusiasts to earn the right to race at Sepang. With a TVC to draw the attention, folks are then redirected to a landing page to complete the contest. With close to 600,000+ impressions served, the ad garnered an ER and CTR beyond the industry benchmark and had viewers engaging with the ad for almost 30 seconds. 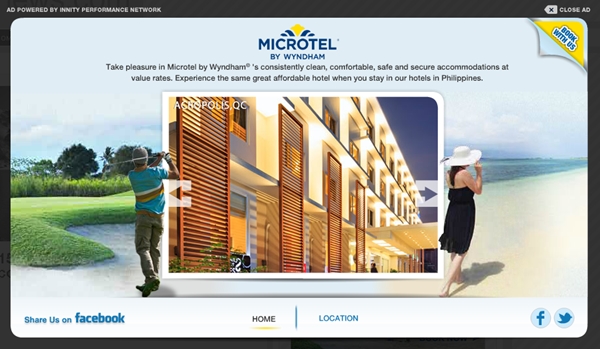 Microtel by Wyndham worked with us to boost the awareness of their line of hotel chains in Philippines. Inserting a slide show into the Lightbox, we used images to highlight the experience viewers will get when they visit each of the Microtel Hotels in the Philippines. The location button also allows interested viewers to find out if there’s any Microtel Hotels in the area of their future travel destination. The ad garnered close to 2 million impressions, and had an CTR and ER that surpassed the industry benchmark of 0.2% and 2% respectively. 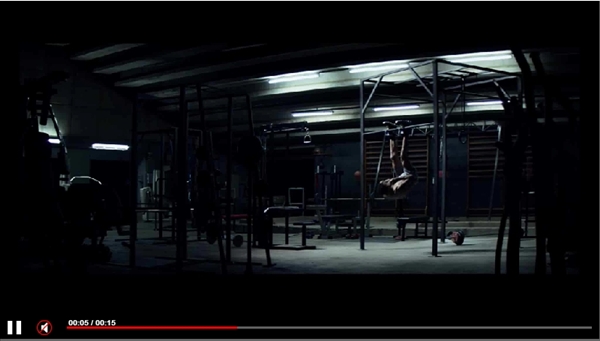 Fueling the Word Cup excitement during the games, Adidas marketed their campaigns with the tagline “All In”. Running on Innity’s Video Network, this campaign for World Cup 2014 got the audiences adrenaline pumped up while promoting the brand and their soccer shoes. The video had a 77% completion rate and a CTR well above the industry standards. 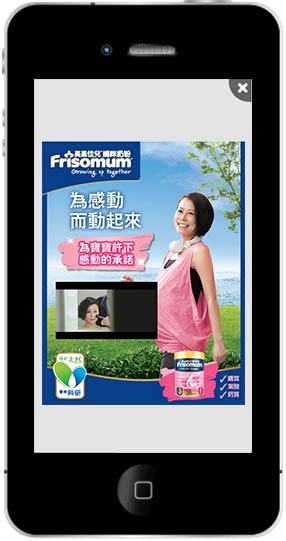 Modern day mothers are on their smartphones and Friso knows that. This Mobile First View ad invites mothers to learn more about the benefits of drinking Friso’s brand of baby and infant food product. This ad was viewed up to 500,000 times, and had viewers spending more than 1 minute on it.